Juanita Marie Ward, 90, of Rarden, Ohio passed away Sunday, October 30, 2022 at SOMC Hospice Center in Portsmouth.  She was born April 14, 1932 in Adams County, Ohio to the late James Alfred “Fred” Woods and Mattie Belle Smith Woods.  On May 10, 1947 she was united in marriage to William C. Ward who preceded her in death on January 16, 1992.  Surviving are her children, Brenda (Frederick) Matthews of Rarden, Barbara (Lelian) Woods of Springfield, Ernest Ward of Springfield and Jeffrey (Karen) Ward of Piketon; 8 grandchildren, 7 great-grandchildren a brother, Ralph Leon Woods of Peebles; and several nieces and nephews.  In addition to her parents and husband she was preceded in death by sons, Larry W. and Junior Dale Ward; a brother, James Paul Woods; sisters, Verlie Woods and Eleanor Beavers; a daughter-in-law, Sheila Ward; and a half-sister, Faye Thompson.

Funeral services will be held at 1:00 pm Thursday, November 3, 2022 at Union Hill Church.  Burial will follow in Harmon Cemetery. The family will receive friends from 5:00 – 7:00 pm on Wednesday, November 2nd at Botkin Hornback Funeral Home in Waverly.  The family asks in lieu of flowers that donations be made to the funeral home to help with expenses. 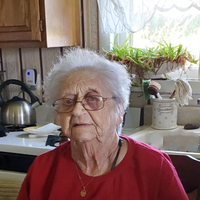