Dixie Juanita Brown, 88 of South Webster passed away Wednesday, October 26, 2022 at SOMC Hospice. She was born February 14, 1934 in Greenup County, Kentucky, a daughter of the late Danny J. and Dora Blevins Keaton. Dixie was a homemaker, sold Avon for years, and was of the Baptist faith.

Funeral services will be conducted at 11:00 a.m. Wednesday, November 2, 2022 at Erwin-Dodson-Allen Funeral Home in Minford. Burial will be in South Webster Cemetery. Friends may call at the funeral home from 5:00 to 7:00 p.m. Tuesday and one hour prior to the service on Wednesday. Online condolences may be sent to www.edafh.com. 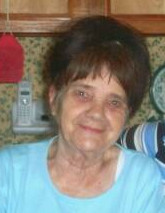