Virgil “Ray” Meenach, 77 years old of Wheelersburg, Ohio; son of the late Virgil and Carrie Meenach, of South Shore; died suddenly Thursday evening. He was an avid gardener, supplying produce to many of his neighbors and his family. He loved his wife, his children/grandchildren. He loved country life and enjoyed hunting and just being in the woods.

He was preceded in death by four infant siblings, brothers Hayden and wife Louise, Lowell and two sisters; Lois and husband Jerry Barker and sister Helen.

He is also survived by numerous nieces, nephews, and cousins.

This good man will truly be missed by many.

Funeral Services will be 1:00 PM Monday October 31, 2022 at D.W. SWICK FUNERAL HOME in South Webster with interment to follow at South Webster Cemetery. Visitation will be 5 to 7 PM Sunday and 12 to 1 PM Monday at the funeral home. 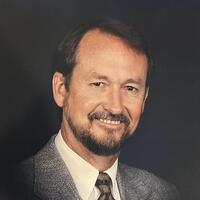