Bill graduated from Stonewall Jackson High School in Charleston, West Virginia and retired after 38 years from Martin Marietta in Piketon.  He was a proud 50 year member of First Baptist Church in Waverly where he served in many capacities such as Deacon, Sunday School teacher and other administrative positions.  He was a dedicated family man and he loved the outdoors especially golfing, hunting, fishing and archery.

Funeral services will be held at 1:00 pm Saturday, October 15, 2022 at Botkin Hornback Funeral Home in Waverly with Pastor Josh Remy officiating.  Burial will follow in Evergreen Union Cemetery on Denver Rd.  The family will receive friends from 11:00 am until the time of the service at the funeral home.

In lieu of flowers the family request donations be made to Hospice of Adena Health System, 111 W. Water Street, Chillicothe, Ohio  45690 or Gideon’s International. 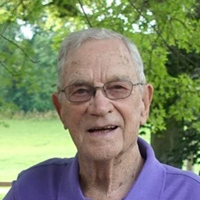