Timothy Marvin Swords, 70, of Chillicothe, a former West Portsmouth resident, passed away Friday, October 7, 2022 at Adena Regional Medical Center in Chillicothe. He was born September 9, 1952, in Portsmouth, a son of the late Oscar E. and Mary Edna Ramey Swords.

Tim retired from the former Columbus Steel Castings where he worked as a chipper/grinder. A member of Beulah Chapel Church of Christ in Christian Union, he graduated from Portsmouth West High School in 1971. He loved the outdoors and especially enjoyed fishing and hunting, but he was also a news junkie and champion sleeper.

In addition to his parents, Tim was also preceded in death by four brothers, Oscar Jr. “Buddy”, Archie, Ronnie and Wilbur D. Swords.

Funeral services will be held at 1 P.M. Monday at the Ralph F. Scott Funeral Home in Portsmouth with Rev. Aaron Long officiating and interment in Memorial Burial Park. The family will receive friends at the funeral home from 11 A.M. Monday until the funeral hour. 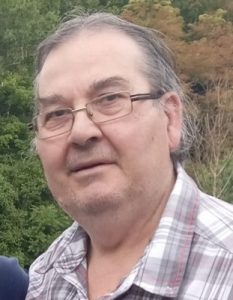