Earl L. Newton, 54, of Portsmouth, OH, passed away Tuesday, Oct. 4, 2022. He passed peacefully at his home surrounded by his family. He was born August 13, 1968, in Portsmouth, OH. to the late Howard L. Newton and Rosemary (Langdon) Newton. Earl was a 1986 graduate of Portsmouth East High School.

He has spent the last several years working for The Durable Slate Company in Columbus, OH. Earl loved fishing, riding motorcycles, and his time with family and friends.

The family would also like to thank everyone at SOMC Hospice for everything they have done. There will not be a service, but a celebration of life at a later time at the families convenience. Arrangements are under the direction of the D.W. SWICK FUNERAL  HOME in New Boston.  Online condolences may be left at www.DWSwickFuneralHome.com. 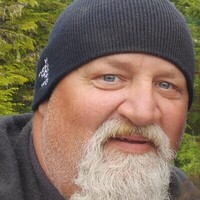