Garry M. Sexton, 73, of Portsmouth, died September 22, 2022 at his home surrounded by family.  He was born in Walsh, Kentucky on September 2, 1949 to the late Jewel and Ruth Harper Sexton.  Along with his parents, he was preceded in death by a beloved son, Garry Sexton Jr.; 5 brothers, Paul, Bob, Don, Wavey and Jesse Sexton; 2 sisters, Helen Bentley and Joann Royal; a sister-in-law Patty Bratt and his loving 4-legged companion Delilah Mae.

Garry worked and retired from USEC as a Chemical Operator and Safety Representative.  He enjoyed time outdoors, especially when it was spent walking with his Delilah or hunting for morel mushrooms.  He also enjoyed spending time with all of his family. When we wasn’t outside he was listening to his 60’s music. Garry also loved talking to anyone who would listen and banter with him!

A special thank you from the family to  Kim Brown, Caitlin Pendleton and Robin Fuller for all their care and support.

In lieu of flowers the family request a donation be made to the SOMC Hospice Center, who helped Garry so much.

A funeral service will be held at 1:00PM Wednesday, September 28, 2022, at the Roger W. Davis Funeral Home in West Portsmouth with interment in Siloam Cemetery.  Friends and family may call to the funeral home on Wednesday from 11:00AM to 1:00PM.  Condolences may be sent to rogerwdavisfuneralhome.com 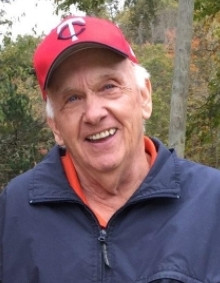