Ernest Lee Howard, 69 of West Portsmouth died Saturday September 24, 2022 at The Ohio State University Medical Center. He was born June 25, 1953 in Portsmouth to the late Ezra and Louella Estep Howard. Along with his parents he is preceded in death by 4 brothers, Eddie Howard, David Howard, Ricky Howard, and Joe Howard, 2 sisters, Mary Sue Howard, and Bonnie Howard. Ernest was a 1971 graduate of Portsmouth West High School, a member of the Starlight Enterprise Baptist Church, and was the proud owner of H&H Roofing.

Funeral services will be 2:00PM Saturday October 1, 2022 at the Roger W. Davis Funeral Home in West Portsmouth with Gary Burton officiating. Friends may call at the funeral home on Saturday starting a noon. Condolences may be sent to www.rogerwdavisfuneralhome.com 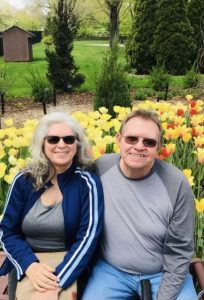