Robert Franklin Brabson, 92 of Latham, formally of Dayton, passed away on Wednesday, September 15, 2022 at his residence.  He was born on June 16, 1930 to the late William H Brabson, Sr and Ethel Cetone Brabson.  On September 22, 1979 he was united in marriage to Alma Katherine Haines Brabson who preceded him in death on April 18, 2002.  Surviving are his children; Kathy (Ivan) Rigsby of Latham, Peg (Ken) Kautz of Kettering, Judi (Jimmy) Flores of Corpus Christi, Texas and Norman (Kathy) Brabson of Waverly; 13 grandchildren; 34 great grandchildren; 22 great-great grandchildren; sisters, Mary Brabson and Sue Brabson both of Dayton and special friend and hospice worker, Rebecca.  In addition to his parents and wife, Robert was preceded in death by three brothers; William Brabson, Jr., Norman Brabson, Sr. and Donald Brabson; sister, Frances Huff; grandson, Tom Montgomery; great grandson, Stephen Mills and step-mother, Helen Brabson.

Robert was a veteran of the United States Army and served during the Korean War.  Robert was a 1973 graduate from the University of Cincinnati class of civil engineers.  He retired from the City of Dayton where he worked for the water department as a civil engineer.

Funeral services will be held at 6:00 p.m. on Monday, September 19, 2022 at Botkin Hornback Funeral Home in Waverly with Pastor Norman “Bud” Brabson officiating.  The family will receive friends from 4:00 p.m. until the time of the service at the funeral home.  Burial will take place at 1:00 p.m. on Tuesday, September 20, 2022 in Dayton Memorial Park in Dayton.

In lieu of flowers donations may be made to NCR Hospice, 681 E. Third Street, Waverly, Ohio. 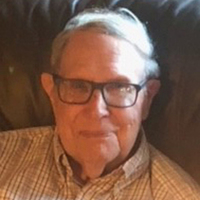