Joe was a bricklayer, a former pastor and minister and also worked for USEC

Funeral services will be 11:00 a.m. on Sunday, September 18, 2022 at Botkin Hornback Funeral Home in Waverly with Arlie Howard officiating.  Burial will follow in Evergreen Union Cemetery on Denver Road.  Family will receive friends on Saturday from 4:00 p.m. – 6:00 p.m. and one hour prior to the service on Sunday at the funeral home. 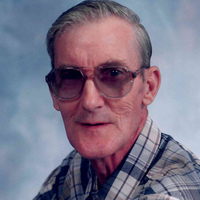