Hannah Irene O’Dell, 82, of Wheelersburg, passed away Tuesday, September 13, 2022 at Rest Haven Nursing Home in McDermott.  Irene was born April 15, 1940 in Maysville, KY to the late John and Cecelia (Slatery) Conlon.  Irene was raised in Norwood, OH and graduated in the class of 1958.  She was an Ohio State Buckeye and Pittsburg Steelers fan.  Irene was a longtime member of Christ United Methodist Church in Sciotoville.  She also was a member of Wheelersburg Eastern Star and a past Worthy Matron.

A memorial service will be held 1:00 p.m. on Wednesday, September 21, 2022 at D.W. SWICK FUNERAL HOME (WOLFE-NELSON CHAPEL) in Sciotoville.  Friends may call from 12:00 (Noon) until the memorial service on Wednesday at the Funeral Home.  Interment will be at Memorial Burial Park in Wheelersburg.  Online condolences may be left at DWSwickFuneralHome.com. 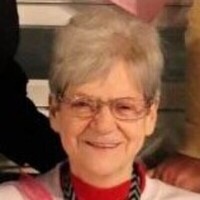