Sammy Franklin Johnson, 89, of Stockdale went to be with the Lord on Friday September 9th at Best Care Nursing Home in Wheelersburg following an extended illness. Sammy was born July 29, 1933 in Portsmouth, OH to the late Sam and Agnes Conley Johnson.  He married Mildred Lucille Minnix in March 1955 who died July 21, 2006.

Sammy was a member of the Stockdale CCCU Church.  He loved going to church and talking about the Lord.  He was a retired farmer and Carman for Norfolk & Western Railroad. The family would like to thank the staff at Best Care Nursing Home for the outstanding care they provided to our Father during his stay at Best Care.

Funeral services will be conducted at 11:00 a.m. Thursday, September 15, 2022 at Stockdale Church of Christ in Christian Union with Ed Johnson officiating. Friends may call at Erwin-Dodson-Allen Funeral Home in Minford from 4:00 to 8:00 p.m. Wednesday and one hour prior to the service on Thursday at the church. In lieu of flowers donation can be made to Stockdale Church CCU, 129 State Route 335, Beaver, Ohio 45613 or ProMedica Hospice, 205 North Street #400, Lucasville, Ohio 45648. Online condolences may be sent to www.edafh.com. 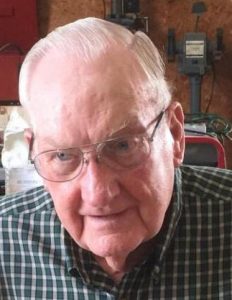