Helen Faye Collins, 82, formerly of Wheelersburg, died on Wednesday, September 7, 2022 at the Four Winds Nursing Home.  Born on May 8, 1940 in Portsmouth, she was a daughter of the late Ralph and Polly Fyffe Ramey and was a former cook at Pop’s Place in Wheelersburg.

Also preceding her in death were a daughter, Ruth Collins; a brother, Roy Ramey; a grandson, Darryl Collins and a great-grandson, Cory Collins.

A service will be held at 1:00 p.m. on Tuesday, September 13th at the BRANT FUNERAL HOME IN SCIOTOVILLE with Phillip Minich officiating.  Interment will be in Bailey’s Chapel Cemetery in Wakefield. 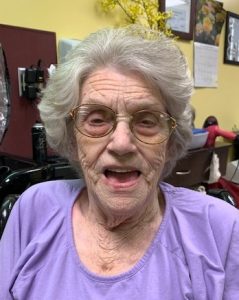