William Curtis Simmering, 92, of South Webster passed away Sunday, September 4, 2022 at SOMC HOSPICE in Portsmouth.  He was born March 6, 1930 to the late William J. and Edna L. (Kelley) Simmering in South Webster. He was a member of Christ United Methodist Church in South Webster.  William worked at the Gaseous Diffusion Plant in Piketon for 25 years.  William was a mechanic and loved working on cars, He has a 1936  3 window coupe. He also loved building and racing cars at the drag strip.   In South Webster he was known as the “Ford Man”. He also was a Timber Cutter.  William loved music and was an avid square dancer.  He loved his family especially his grandchildren.

Funeral Services will be 1:00 p.m. Friday, September 9, 2022 at D.W. SWICK FUNERAL HOME in South Webster with Pastor Tom Charles officiating.  Interment will follow at Bethel Cemetery in Oak Hill.  Friends may call Friday from 11:00 a.m. until 1:00 p.m. at the funeral home.  Online Condolences may be left at www.DWSwickFuneralHome.com. 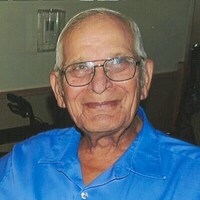