Linda W. Dotson, 78 years old, longtime Portsmouth resident, passed away peacefully and surrounded by her family on August 27, 2022. She was born December 11, 1943, to Oliver and Elsie Mae Dotson.

She is preceded in death by her parents, two sisters, Adrienne “Brandy” McGlone and Patricia Austin, and one brother, Scott Dotson.
She leaves behind two daughters and son in laws, Tina and Phillip Terry, of Portsmouth and Desiree Larry Vernier of West Portsmouth, two granddaughters, Lacy (Kelly Grooms) Dotson and Rachael Terry, two sisters Jan (Jim) Humphrey and Irma Davis both of West Portsmouth.

Linda had a passion for gardening and always had the prettiest flowers in the neighborhood. She was an amazing seamstress, loved to dance, and loved animals, especially her dogs. She was tough as nails, worked hard, and was fiercely independent.
It is time now for her to finally rest and stroll through the gardens of Paradise.

To honor her memory, donations may be made to the Alzheimer’s Association or your chosen animal rescue. 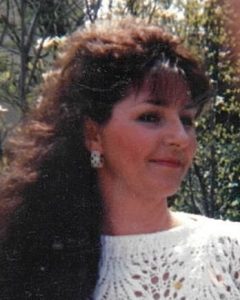