Michael Eugene Groves, 68, of Piketon, Ohio passed away August 19, 2022 at OSU Wexner Medical Center in Columbus.  He was born January 18, 1954 in Stuttgart, Germany to the late Elvin Eugene Groves and Norma Jean Throckmorton Groves.  Surviving are a sons, William “Billy” (Dawn) Groves of Hillsboro, Ohio and Christopher Cunningham of Kentucky; a grandson, Logan Groves; sisters, Leah (Guy) Reynolds of Otway and Patricia (Mark) Hall of Lucasville; a brother, Robert (Beth) Groves of McDermott; step-son, Emanuel Kuhn of Lucasville; best buddy, Nolen Cooper of West Portsmouth; and many cousins, nieces, nephews and friends.  In addition to his parents he was preceded in death by a son, Michael Shane Groves and a brother, Stephen David Groves.

Michael enjoyed trap shooting, fishing and hunting.  He was the Missouri Fall Shooting Champion.  Michael was a retired equipment operator from Piketon Sand and Gravel.  He was loved by his friends and family.

“We live within borrowed time and walk in rented shoes.  If we fade, we fade, but let us go out having loved, laughed and forgiven.”

A memorial services will be held at a later date. 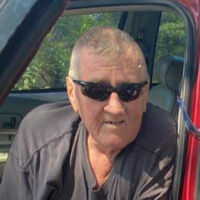