Bob was a 1982 graduate of South Webster High School and was of the Baptist Faith. He was retired from Laborers Local 1445 in Ashland, KY.

Funeral services will be 1:00 PM Wednesday August 24, 2022 at D.W. SWICK FUNERAL HOME in South Webster with interment to follow at Vernon Cemetery. Visitation will be 12 Noon to 1 PM Wednesday at the funeral home.
Online condolences may be sent to DWSwickFuneralHome.com 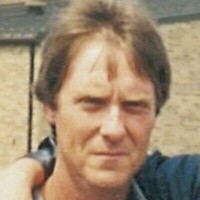