Marion Hobert Massie, 74, of Waverly, Ohio passed away Thursday, August 18, 2022 at Adena Pike Medical Center.  He was born May 10, 1948 in Waverly to the late Helen Walls.  On June 10, 2000 he was united in marriage to Nancy Woodgeard Massie who survives.  Also surviving are a daughter and son-in-law, Paula and Anthony Perkins; grandchildren, Harliee and Alex Wheeler, RJ Perkins and Mikayla Wyke, and Ean Perkins and Jayden Whitmore; great-grandchildren, Grace and Rhen Wheeler and Nash and Penelope Perkins; two step-sons, Tony and Roger McKee; brother, Jimmy Massie; sister, Linda; a special brother-in-law, Vern Woodgeard; and a sister-in-law, Kimberly Massie Gross.  In addition to his parents he was preceded in death by his brother, Mike Massie and his first wife, Dana.

Funeral services will be held at 1:00 pm Monday, August 22, 2022 at Botkin Hornback Funeral Home in Waverly with Pastor Jeremy Davis officiating.  Burial will follow in Gardner Cemetery.  The family will receive friends from 11:00 am until the time of the service at the funeral home. 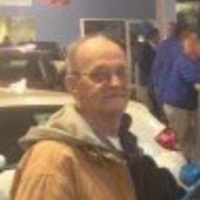