Janet Sue Piatt, 79, of New Boston passed away Tuesday, August 23, 2022 at her home.  She was born, December 29, 1942 in Portsmouth to the late Walter and Norma (Garett) Vaughn in Portsmouth.  Janet loved to go to church, play bingo, work cross word puzzles, watch televesion and spend time with her friends at Heritage Pointe in New Boston.

Janet is survived by a son, Donald Nash of Wheelersburg; a daughter, Kelly Piatt of Columbus; and a sister, Shirley Conn of New Boston. She was also preceded in death by by a brother, Charles Vaughn and a sister, Pam Shaw.

D.W. SWICK FUNERAL HOME in New Boston has been intrusted with the cremation.  Online condolences may be left at www.DWSwickFuneralHome.com. 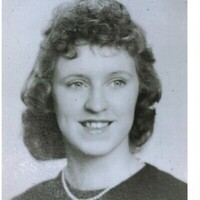