James William Jordan,77 of West Portsmouth, died Thursday August 18, 2022 at his home. He was born April 15, 1945 in Louisa Kentucky to the late Lynn Boyd and Peal Mae Cooper Wellman.

Along with his parents he was preceded in death by several brothers and sisters.

Jimmy was a former member of the National Guard. He managed the Rainbow and Sunset Bowling Lanes for 50 years.

A gathering of family and friends will be held from 1 to 3:00 PM on Monday, August 22, 2022 at the Roger W. Davis Funeral Home in West Portsmouth. Condolences may be sent to www.rogerwdavisfuneralhome.com. 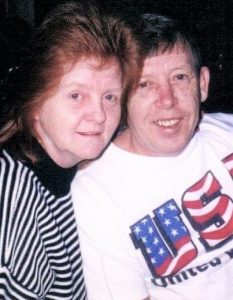