James Dane Morgan, 54, of Portsmouth, passed away Friday, August 19, 2022 at the SOMC Hospice Center. He was born March 31, 1968 in Georgetown, Ohio, a son of Paula Kaye Chapman Morgan of Portsmouth and the late James Carter Morgan.

Dane enjoyed fishing and camping and he had loved the outdoors from the time he was a young person involved in scouting. He was a very talented guitar player. A 1986 graduate of PHS, he had formerly done clerical work at SOMC.

In addition to his father, he was preceded in death by two siblings, James Daniel Morgan and Denise Hammer.

The family extends thanks to SOMC Hospice for the excellent care given to Dane.

Funeral services will be held Monday, August 22, 2022 at 1 P.M. at the Ralph F. Scott Funeral Home in Portsmouth with Pastor David Colegrove officiating. The family will receive friends from noon until the funeral hour at the funeral home. 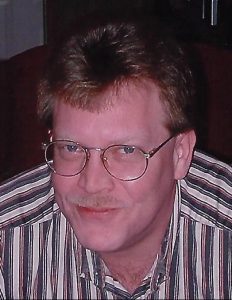