Dr. Jon Charles Bedick, 62, of West Portsmouth, passed away Sunday, August 21, 2022, at his home. He was born December 12, 1959, in Washington, PA, a son of Christine Ann Rohrkaste Keragis and John Fallentine Bedick, who survive.

Jon was a Professor of Biology in the Department of Natural Sciences at Shawnee State University where he began teaching in 2004. He earned a Ph.D. in Entomology from the University of Nebraska, a BS in Biology from Northern Michigan University and a BA in Fine Arts Painting from the Center for Creative Studies in Detroit, MI. In addition, Jon served with the US Peace Corps in Ghana from 1986-1988.

He was passionate about the environment and our impact on it. Along with many other committees, he currently served as the vice president of the SEA and as the faculty advisor for the Shawnee Environmental Club. He helped in the initial planning of the Shawnee CSI Summer Camp, where he taught entomology and herpetology and he was a gifted artist. Jon also had a love for gardening and animals and was a member of the Friends of Scioto Brush Creek.

Surviving is his wife, Vivian Lorraine “Lori” Staker Bedick, whom he married May 13, 2011, at their home in West Portsmouth; his mother, Christine A. Keragis of Royal Oak, MI; his father and step-mother, John Fallentine & Nan Bedick of Traverse City, MI; three siblings, Jennifer Bedick of San Antonio, TX, Joshua Bedick and Kaitlyn Bedick, both of Durham, NC; two nieces, Rowan and Harlow Bedick; two nephews, Eli and Gideon Bedick; and many friends.

Jon was preceded in death by his stepfather, Jim Keragis; and mother-in-law, Carolyn Staker.

A Gathering of Friends will be held at a later date under the direction of the Ralph F. Scott Funeral Home in Portsmouth. 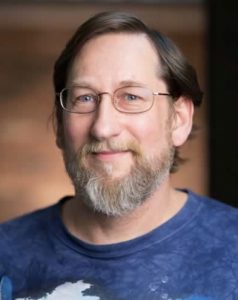