Funeral services will be held at 2:00 pm Thursday, August 25, 2022 at Botkin Hornback Funeral Home in Otway.  Burial will follow at Lute Family Cemetery.  The family will receive friends from 12:00 pm until the time of the service at the funeral home.

The family respectfully requests in lieu of flowers that donations be made to the funeral home to help with funeral expenses. 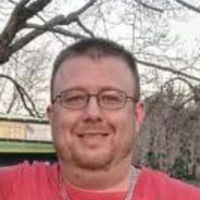