Ted L. Scalf, 61, of Portsmouth passed away Monday, August 8, 2022 at Southern Ohio Medical Center.  Ted was born April 4, 1961 in Portsmouth to the late Winford Scalf and Louise (Phipps) Marcum.  He was the owner and operator of Ted’s Towing and will be missed by all of his employees.  Ted loved the Lord and faithfully attended Bonser Run Christian Baptist Church.  He loved cars and racing but most of all he loved his family especially spending time with his grandchildren.  In his free time Ted loved to go up on the hill on his skid steer and move dirt, making roads and places for more cars.

Funeral services will be held 11:00 a.m. Saturday, August 13, 2022 at D.W. SWICK FUENRAL HOME in New Boston with Pastor Danny Deck officiating and Interment to follow at Scioto Burial Park in McDermott.  Friends may call from 4:00 p.m. until 7:00 p.m. Friday, August 12, 2022 and one hour prior to the services on Saturday.  Online condolences may be left at www.DWSwickFuneralHome.com. 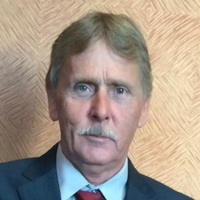