Robert Randall Fox, 71, of Minford, passed away Thursday, August 11, 2022 at home. He was born February 9, 1951, in Cleveland, to the late Raymond and Winifred (Merriman) Fox. Bob was a retired union Pipefitter working out of the Plumbers and Pipefitters Local #577 and a veteran of the United States Air Force.
In addition to his parents, he was preceded in death by a brother, Raymond Fox, and brother in-law, Joe Maze.
Bob is survived by his loving wife, Alice (Herrmann) Fox, his four children: Christopher (Valerie) Fox of New Marshfield, Emily Baker of Portsmouth, Sarah Fox of Portsmouth, and Adam (Jessica) Fox of Portsmouth; 10 grandchildren that he thought the world of: Kristen, Hannah, Adallie, Eli, Elsie, Ava, Oscar, Finley, Rowan, and Theo. He is also survived by his three sisters: Helen Kaye (George) Kabat of Cleveland, Winifred Maze of Columbus, and Barbara (Michael) Stallard of Sciotoville; his in-laws: Fannie Fox of Raleigh, N.C., Steve (Mary) Herrmann of Portsmouth, and Bill (Cheryl) Herrmann of Caledonia. He is also survived by numerous extended family members, including cousins, nieces and nephews.
A memorial service to celebrate his life will be at 1:00 P.M. Saturday, August 20, 2022, at Melcher Hammer Funeral Home in Portsmouth. A visitation for friends and family will be on Saturday, from 11:00 A.M. until the time of service.
In lieu of flowers, memorial donations may be to the Hilltop Initiative Neighborhood Association (PO Box 1717 Portsmouth, OH 45662) for the playground project at Mound Park. 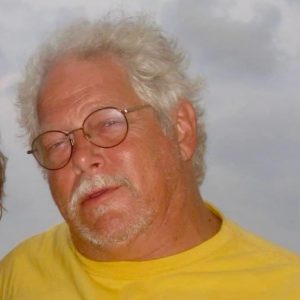