Richard M. Book, 76 of Wheelersburg passed away with his family by his side on Monday, August 8, 2022 at SOMC in Portsmouth. He was born August 28, 1945 in Portsmouth, and a son of Ralph Richard Book and the late Helen Kitchen Lowe.  He was a 1963 Portsmouth High School graduate, US Army veteran, member of American Legion Post No. 23 and also a member of 40 & 8 Honor Society of Veterans. He was a former employee of Empire Detroit Steel and was a bricklayer at The Mill. Richard played in the City Softball League, Model League Bowling and enjoyed golfing and fishing trips with his friends and family. Richard loved attending his grandchildren’s football and baseball games.

Visitation will be Saturday, August 13, 2022 from 2:00 to 4:00 p.m. at Erwin-Dodson-Allen Funeral Home in Minford. Military committal will be conducted at 4:00 p.m. by American Legion Post No. 23. Online condolences may be sent to www.edafh.com. 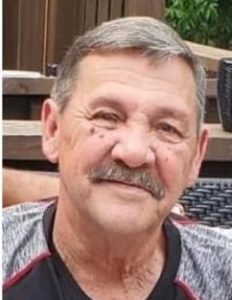