Martha Mae Fisher-Yazell, 83 of Portsmouth Ohio passed away on August 13, 2022, at SOMC Hospice. She was born on May 20, 1939, in Garrison KY. She was the youngest daughter of the late Edward and Goldie Hamm-Fisher. Preceded in death by her husband of 53 years, Jesse James (Jake) Yazell, brother Edward Fisher Jr. of Garrison KY., sisters, Minnie Griggs of Goldendale, WA, Opal Tennent of Hermingstion, OR, Olive Evans of Union City, OH, Madelina White of Portsmouth, OH. Martha lost a son, Brian K. Sexton on December 17, 2021, from LaPorte, Texas and four grandsons Mikey Barb, Nathan Sexton, Joshua Barb, and Jeremy Barb.

Martha worked at William Shoe Factory in Portsmouth Ohio in the late 70’s. Martha and Jake loved coaching and running the Portsmouth Little League when their kids were growing up. They were like second parents to many of the kids that were friends and neighbors. Martha was very loved and will be missed by many.

John 3:16 – For God so loved the world, that he gave his only Son, that whoever believes in Him should not perish but have eternal life.

Funeral services will be held at 1 p.m. on Friday, Aug. 19, 2022 at the Roberson Funeral Home in South Shore, Kentucky with Pastor Tom Charles, officiating. Burial will follow in the Parson Cemetery, Brushart Ridge, Greenup County, Kentucky. Friends may call at the funeral home from 6 till 8 p.m. on Thursday, Aug 18, 2022 and from 11 a.m. till the service hour on Friday. 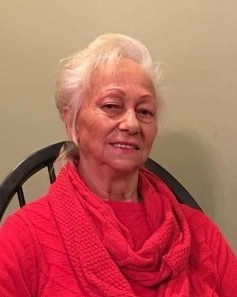