Jessie Louise Ruggles, 93, of Sciotodale, went to be with her Lord on Monday, August 15, 2022, in the SOMC Hospice Center.  Born on October 29, 1928 in Portsmouth, she was a daughter of the late William and Delzie Fields Newsome and was a devout member of Rocky Fork Primitive Baptist Church.

Jessie was formerly employed in the laundry department at Hempstead for 16 years.

A service will be held at 11:00 a.m. on Saturday, August 20th, at the BRANT FUNERAL HOME IN SCIOTOVILLE with Pastor Dennis Hankins officiating.  Interment will be in Old Allen Cemetery in South Shore, KY. 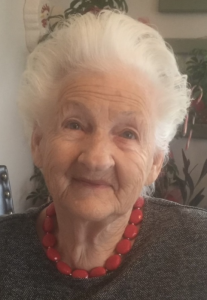