Shirley Ann Bryant, 85, of New Boston, passed away Wednesday, August 10, 2022, at Southern Ohio Medical Center. She was born December 12, 1936, in Portsmouth, a daughter of the late Norman Ray and Fern Kennard Sexton.

A 1955 Portsmouth High School graduate, Shirley worked for the former William’s Manufacturing Co. and as a domestic for Dr. Spock of Portsmouth. She loved to shop, especially at JC Penny with her daughter, Sheila. She also enjoyed crosswords puzzles and sitting in the sun. She was also a huge sports fan and knew everything about the latest OSU or Reds game.

In addition to her parents, Shirley was also preceded in death by her former husband, Roy Arthur Bryant on January 8, 1968; a daughter, Kimberley Moore King; and three siblings, Phyllis Osborne, Norman Sexton and Dean Sexton.

Funeral services will be held at 3 P.M. Saturday at the Ralph F. Scott Funeral Home in Portsmouth with Dennis Dawes, Minister, officiating.

The family will receive friends at the funeral home from 1 to 3 P.M. Saturday. 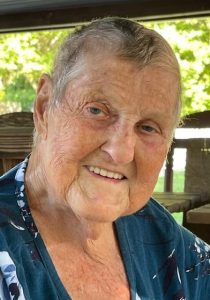