Timothy William Oakden, 38, of Waverly, Ohio passed away Monday, August 1, 2022 at his home.  He was born November 26, 1983 in Carmichael, California to William and Kathy Franklin Oakden of Waverly.  In addition to his parents he is survived by his children, Alexis, Conner, Logan, and Skylar; his grandfather, Donald Oakden of Waverly; sister, Lynda (Jacob) Hamilton of Maryland; brothers, Kevin Oakden of Columbus and Eric (Sierra) Oakden of Waverly; and three nephews, Korvin, Kade and William.  He was preceded in death by his grandmother, Arlene Oakden and grandparents, Earl and Genevieve Franklin.

Tim was a 2001 graduate of Marion Franklin High School where he played soccer and participated in show choir.  He was a D&D master, loved amusement parks and watching lightning storms.  Tim loved his family, was an amazing father and was a very loyal friend.  His favorite saying was “Duct tape can’t fix stupid, but it can shut it up”. 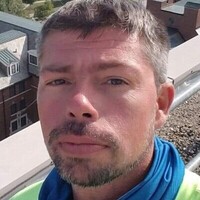