Steven Mitchell Tillett, 72, of Waverly, Ohio passed away at Adena Regional Medical Center at 12:50 am Saturday July 30, 2022 with his niece Stephanie by his side, she remained with him during his final days.   Steve was the son of Scott E Tillett and Mary Raines Tillett born in Germany while his father was stationed there in the Army. Steve grew up Chillicothe, Ohio where he graduated from Chillicothe High School in 1967. He was a retired accountant from the Mead Paper Mill. Steve loved animals, nature, feeding his hummingbirds and squirrels. Steve enjoyed spending time with his great nieces and nephew watching them play outside. He was preceded in death by his parents; his brother, Grady E. Tillett and his son, Grady A. Tillett. He is survived by his niece, Stephanie (Greg) Tillett McDowell of Lucasville, Ohio; great niece, Brittany McDowell (Jacob Stewart) of Lucasville; great nephew, Craig McDowell of Lucasville; great-great nephews, Jackson McDowell and Hutton Christopher; great-great nieces, Gracelynn McDowell, Amelia Stewart, and Madelynn Stewart; sister-in-law, Barbara Tillett of Tarpon Springs, Florida; nieces, Guyanna (Tom) Ambler of Anna Marie Island, Florida, Melissa (Greg) Hutton of Holiday Florida; and nephew,  Mitch (Jill) Hall of St Augustine, Florida; and many other great-great nieces  and nephews.  Special thanks to his great niece Amber Jacobs and the ICU and palliative care teams at Adena for the caring support they provided.

Burial will take place at a later date at the convenience of the family.

Arrangements are in care of Botkin Hornback Funeral Home in Waverly. 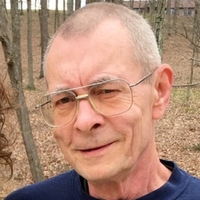