Jack Clayton “Butch” Collins, 61, of Portsmouth, went to his heavenly home, Saturday, July 30, 2022.  He was born December 27, 1960, in Portsmouth, a son of the late Robert Collins and Iveleen (Haywood) Collins-Howard.

In addition to his parents, he is preceded in death by three brothers; Gary Collins, Paul Collins, and Jake Howard, two sisters, Sharon Collins and Regina Collins, a sister-in-law, Gwen Collins, and a son, Michael Paul Bashaw.

Funeral Services will be 2:30 PM Friday, August 5, 2022, at Melcher Hammer Funeral Home in Portsmouth with Pastor Rick Mollett officiating.  Burial will follow at Sunset Memorial Gardens in Franklin Furnace.  Visitation for family and friends will be 5:00 PM – 7:00 PM Thursday, August 4, 2022, and one hour prior to the service on Friday. 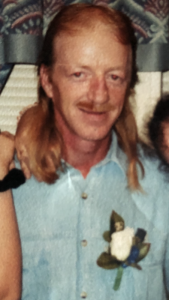