Gary Eugene McCoy, 75 of West Portsmouth, died Thursday August 4, 2022 at his home. He was born August 12, 1946 in Portsmouth to the late Albert and Irene Journey McCoy. Along with his parents, he was preceded in death by 2 brothers Albert and Rodney McCoy.

Gary was a United States Army veteran of the Vietnam War. He was retired form OSCO and attended Stoney Run Freewill Baptist Church.

Funeral services will be 2:00 PM Sunday August 7, 2022 at the Roger W. Davis Funeral Home in West Portsmouth with Craddock Frye officiating. Interment will be in McKendree Cemetery with graveside military rites by the James Dickey Post 23 American Legion. Friends may call at the funeral home on Sunday staring at 12 Noon. In lieu of flowers the family requests donations be made to the funeral home. Condolences and Donations may be sent to www.rogerwdavisfuneralhome.com. 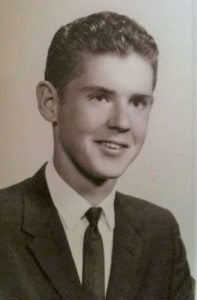