Betty Jean Clark, 87, of Portsmouth, passed away Monday, August 8, 2022, at her home. She was born May 4, 1935, in Portsmouth, a daughter of the late William Everett and Audrey Louise Meenach Cooper.

Betty worked in retail for the former Harts Department Store for 15 years, she also worked at the former Mercy Hospital and Evans Knost Floral and for WalMart. She attended Wheelersburg United Methodist Church and she had worked as an election poll worker for 50 years, the last many years serving as election location manager. She was a skilled seamstress and enjoyed crocheting, floral design, crafting and painting and grew the most beautiful flowers. Betty was also the PTA president at the former Wilson Elementary School for many years and a member of the PHS Band Boosters and graduated from Portsmouth High School in 1954.

Betty married William Monroe Clark in Rubyville in 1956, and he preceded her in death on July 8, 1997.

In addition, Betty was preceded in death by her son, Kelly Lee Clark; and the maternal grandparents who reared her, James and Alma Meenach.

Funeral services will be held at 1 P.M. Thursday at the Ralph F. Scott Funeral Home in Portsmouth with Rev. Perry Prosch officiating and interment in Memorial Burial Park.

In lieu of flowers, contributions may be made to the Alzheimer’s Foundation at alz.org. 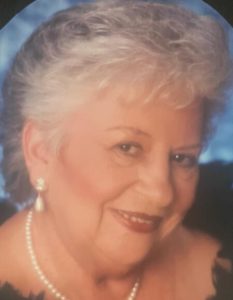