Skip to content
FacebookEmail
| logout
Pamela Sue Gambill, 67, of Portsmouth passed away Saturday July 30, 2022 at home surrounded by her family. She was the daughter of Rebecca Arlene Keller and Lorren Jackson, who preceded her in death.
Survived by her loving husband Carl Michael “Mike” Gambill whom she married December 18th, 1974, daughter Jennifer (Johnathan) Fisher of Lucasville and three grandchildren Emily Fisher, Katelin Fisher, and Chase Fisher.
Sister Frances (Larry) Merritt, brothers Robert (Becky) Keller, Jeffrey Keller, and Steven Keller and half brother Lorren Jackson, half sisters Rita Jackson and Emily Crain, and many nieces and nephews. She was also preceded in death by sister Kimberly Nolen, sister in law Melissa Keller (Jeff) and a special niece Stacey Merritt.
She had a contagious smile and never met a stranger.  She loved everyone, especially her family.  She will be deeply missed.
The family would like to thank SVCU and SOMC hospice.  Memorial contributions can be made to SOMC hospice.
Funeral services will be 1:00 PM Wednesday August 3, 2022 at D.W. SWICK FUNERAL HOME in New Boston with Pastor Mike Musser officiating. Interment will follow at Memorial Burial Park. Visitation will be Tuesday 5 to 8 PM and one hour prior to services on Wednesday at the funeral home.
Online condolences may be sent to DWswickFuneralHome.com 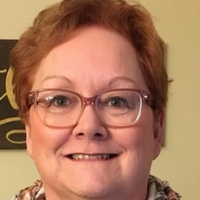