She was born October 18, 1936, in Portsmouth, a daughter of the late Lyndon Weaver and Hester Shope.

Lenora was a member of the Lucasville Community of Christ, past President of the McDermott Alumni Association for many years, and a retired salesperson for Elsea Mobile Homes.

She was married to the late Herbert “Herb” Webb who preceded her in death, November 18, 1991. They were the proud parents of the late Donald E. Webb (Carol) of McDermott, and Jim (Rhonda) Webb of Lucasville.

Lenora is also survived by one grandson who she was enormously proud of, Craig (Jakob) Webb of Cincinnati; a great-granddaughter she cherished, Viviana Margaret Webb; one brother, Bob Weaver of Louisville, KY; and two sisters, Connie Weaver of Lucasville and Mildred Smith of North Madison, OH.

She was also preceded in death by her brothers, David Weaver and Bill Weaver; her sister, Delores Letcher; and her fiancé, Jack Guilkey.

A memorial service for family and friends is planned for 3 p.m. Sunday, August 14, 2022, at the Lucasville Community of Christ church located on Thomas Hollow Road, Lucasville. Arrangements are under the direction of the McKinley Funeral Home in Lucasville. 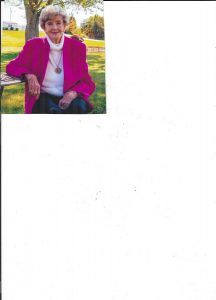