Jerry Michael Smoot, 72, of Portsmouth, died Friday, July 29, 2022at Best Care Nursing Home and Rehabilitation Center in Wheelersburg. He was born November 21, 1949, in Portsmouth, to the late Espa and Katie (Stone) Smoot.

Jerry was a retired Respiratory Therapist and was a huge Ohio State Buckeyes and Cincinnati Reds fan. He enjoyed getting out and gardening and liked to cook. When he was able, he loved to attend his favorite church, Cornerstone United Methodist and loved to fish, however, spending time with his family was what brought him the most joy.

In addition to his parents, he was preceded in death by a grandson, Thomas Smoot.

Funeral services will be 12:00 P.M. Tuesday, August 2, 2022, at Melcher Hammer Funeral Home in Portsmouth, with Pastor George Vastine officiating. Burial will follow at Memorial Burial Park in Wheelersburg. A visitation for friends and family will be at the funeral home on Tuesday, from 10:00 A.M. until the time of service at noon. 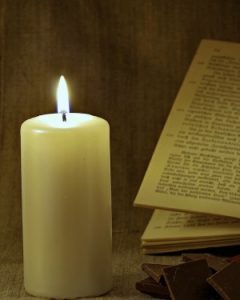