Ronald Davidson Roe, 51, of South Shore, Kentucky passed away July 22, 2022 at his residence. He was born in Valparaiso, Indiana, Aug. 4, 1970, a son of the late Benjamin Roe and Virginia West Roe.

Preceded in death besides his parents are one infant daughter, Brittany Roe, brother, Donald Ray Roe. 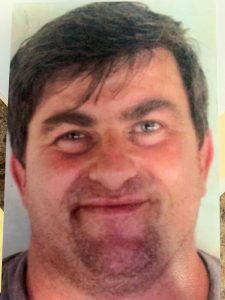