Rev. Forrest Edward Cornwell, 86, of Portsmouth, went home to be with the Lord on Wednesday, July 20, 2022, at Best Care Nursing & Rehabilitation Center in Wheelersburg. He was born December 1, 1935, in Portsmouth, a son of the late Forrest Dale and Opal Robirds Cornwell.

Eddie also served in the US Army and was awarded the Good Conduct Medal. He also earned a degree from the former Portsmouth Interstate Business College.

Preceding him in death October 13, 2007, was his first wife, Dorothy Louise Wente Cornwell. The couple was married in Portsmouth August 7, 1955.

Eddie was also preceded in death by a sister, Myrtle Kitchen.

The family will receive friends at the funeral home Monday from 6 to 8 P.M. and one hour prior to services Tuesday.

In honor of Rev. Cornwell’s service to our country, the flag of the US Army will fly at the funeral home.

Memorial contributions may be made to the Christian Baptist Association World for Christ Mission, P.O. Box 132, Wheelersburg, OH 45694. 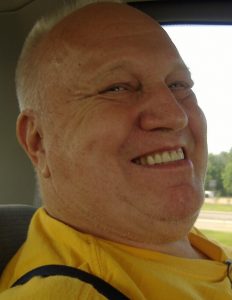