Norma Lee Roe, 92, of Portsmouth, passed away Wednesday, July 20, 2022, at Hill View Wesley Village. She was born March 7, 1930 in Portsmouth, a daughter of the late Fred L. and Agnes Genevieve Turner Grashel.

A 1947 graduate of Portsmouth High School, Norma attended the former Portsmouth Interstate Business College. She worked as a hospital clerk at Martin-Marietta and retired after 13 years. Norma formerly attended Temple Baptist Church and she enjoyed playing cards with her husband and friends for many years. However, most of all, Norma loved spending time with her family.

Norma’s family extends sincere thanks to SOMC Hospice, especially Michelle and Kellie, as well as the entire staff of Wesley Village, for the compassionate care she was given.

Funeral services will be held at 11 A.M. Friday at the Ralph F. Scott Funeral Home in Portsmouth with Elder Ralph Clay officiating and interment in Greenlawn Cemetery.

The family will receive friends at the funeral home Thursday from 6 to 8 P.M. and one hour prior to services Friday. 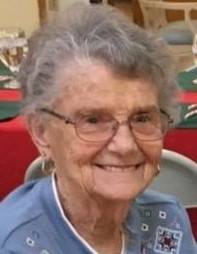