Janet Ruth (Welty) McGlone, 83, of Rosemount, died Saturday July 23, 2022 at SOMC Hospice. She was born February 5, 1939 in Portsmouth to the late William and Mary (Denning) Welty. Janet was a retired cook from Portsmouth City Schools. Janet loved collecting dolls, Barbies, Beanie Babies and holiday decorations. She decked out her home for every holiday. Christmas was her favorite. She enjoyed giving gifts to all her family each year.

In addition to her parents, she was preceded in death by her husband, Charles McGlone who died on September 27, 2011, her siblings; Robert, David, John, and Richard Welty, and Judith Sexton, Donna Wilburn, Karen Sexton, Margie Sparks, and Carolyn Welty, a son-in-law, Rick Webb and a daughter-in-law, Cheryl McGlone.

A Memorial service will be 2:00 PM Tuesday, July 26, 2022 at Melcher Hammer Funeral Home in Portsmouth with Pastor Rob Krebbs officiating. A visitation for friends and family will be on Tuesday at the funeral home from noon until the time of service at 2:00 PM. 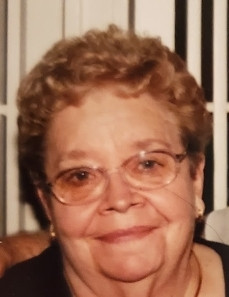