Dreama Lee (Phillips) Piatt, 55, of Portsmouth, went to be with the Lord on Tuesday, July 19, 2022, at SOMC Hospice.  She was born December 21, 1966, in Portsmouth to Richard Phillips and Barbara (Barber) Phillips of McDermott.

Dreama was a 1985 Northwest High School graduate, cheerleader, and majorette, as well as a loving Mother, Mimi, daughter, sister, and friend.

Along with her parents, left to cherish her memory are, a son, Drew Piatt (Keri) of West Portsmouth, daughter, Mandi Piatt (Bobby Barnett) of Minford, brother, Rick Phillips (Lois) of McDermott, the father of her children, C.J. Piatt of Portsmouth, her best friend, Sally Piatt of Portsmouth, four grandchildren, Logan, Sloan, Isaiah, T.J., and her dog Mickey.  She was also survived by several nieces, nephews, cousins, friends, and co-workers, whom she dearly loved.

A graveside service will be 11:00 AM Saturday, July 30, 2022, at Scioto Burial Park in McDermott with her brother, Rick Phillips officiating. 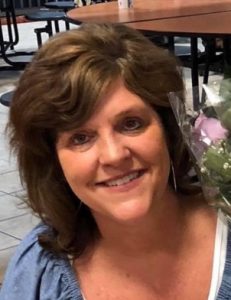