Richard “Rick” Allen Brown II, 41, of Franklin Furnace, died Thursday, July 7, 2022. He was born October 31, 1980 in Charleston, S.C. Rick was a cook at various local restaurants, liked to collect knives, loved old cars, and enjoyed reading and fishing. His favorite thing to do was just be at home with his wife and family, he adored his children.

Rick was preceded in death by two brothers, Nicholas and Jamie Brown.

In lieu of flowers, the family requests donations be made to the funeral home to help offset the funeral expenses. 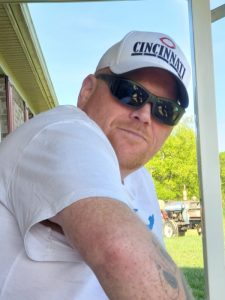