Olive Sue Gregory, 78, of New Boston, died Wednesday, July 6, 2022, in the Southern Ohio Medical Center emergency room surrounded by her family.  Born on July 28, 1943 in Portsmouth, she was a daughter of the late Edward and Eva Duzan Pendleton and was of the Nazarene faith.

Sue was a volunteer for SOMC Hospice and Edgewood Manor, and was a member of the Business and Professional Women’s Club and Raven Rock Ladies’ Auxiliary for Southern Ohio Shriner’s Club.

Also preceding her in death were her former husband, Ronald Gregory; a daughter, Vicky Lynn Gregory, a brother, Robert Pendleton and a sister, Rose Phipps.

A service will be held at 1:00 p.m. on Tuesday, July 12th, at the BRANT FUNERAL HOME IN SCIOTOVILLE with Pastor Brian Holbrook officiating.  Interment will be in Sunset Memorial Gardens.

Memorial gifts may be made to Sierra’s Haven, Southern Ohio Shriner’s or St. Jude Children’s Hospital. 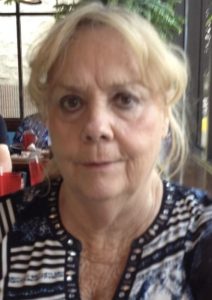