Lonnie Willard Cooper, 77, of West Portsmouth, went to be with the Lord, July 5, 2022, at Riverside Hospital in Columbus.  He was born in McDermott, January 15, 1945, to the late Fredrick and Dolly Jones Cooper.  Along with his parents, Lonnie is preceded in death by a stepson, Gerald Eugene Evans Jr.; 4 brothers, Leroy, Freddy, John, and Melvin Cooper and 2 sisters, Francis Wolfe and Barbara Evans.

Lonnie was a retired Army veteran where he was an Aircraft Repairman during the Vietnam War.  He was a decorated veteran having brought home several metals, including a silver service star, 3 bronze stars, and 2 purple hearts.  After retiring from the military, Lonnie went on to work for AutoZone from where he also retired.

He was survived by his loving wife of 35 years, Patricia “Patty” Evans-Cooper; 2 of his great-grandchildren, Keima Bennett, and her brother, Keion Mardis-Cooper, that he adopted later in life (one of his most proudest and joyful moments); 2 Step-sons, Gregory Lee and Patrick Lee Evans; 6 grandchildren, Rebecca Evans, Valerie Evans-Rhoden, Stephanie Evans, Matthew (Keri) Evans, Katie Evans, and Emily Jo Evans; 17 great grandchildren; 1 great-great grandchild; a special family friend, Lori Lines; 5 brothers, Buford, Danny, Kenneth, Roger, and Benny Cooper; a sister, Elsie Neal, and extended family that are going to miss him very much.

Funeral services will be 2:00PM Sunday, July 10, 2022, at the Roger W. Davis Funeral Home in West Portsmouth with Pastor George Gravely officiating. Interment will be in McKendree Cemetery with military graveside rites performed by James Dickey Post 23 American Legion. Friends may call at the funeral home 6:00PM to 8:00PM on Saturday and one hour prior to the service on Sunday. Condolences may be sent to www.rogerwdavisfuneralhome.com. 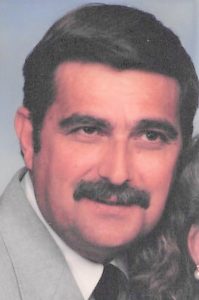