Donna Jean Barnett, 47, of Lucasville passed away Sunday July 3, 2022 at her residence. She was born March 31, 1975 in West Portsmouth, a daughter of the late Robert and Senna Brown Bevins.

Donna was a graduate of Portsmouth West High School, enjoyed fishing, spending time outdoors and loved the time she spent with her grandchildren.

Funeral services will be 1:00 PM Thursday July 7, 2022 at D.W. SWICK FUNERAL HOME in New Boston with Betty Wilson officiating. Interment will follow at Lucasville Cemetery. Visitation will be Thursday 11 AM to 1 PM at the funeral home.
Online condolences may be sent to DWSwickFuneralHome.com 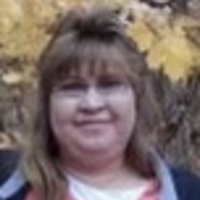