Carol Jane Hufferd Creech, 64, of Sciotoville, passed away Saturday, June 25, 2022 at Riverside Methodist Hospital in Columbus. She was born May 7, 1958, in Rushville, IN, the daughter of the late James William and Betty Jane (Cox) Hufferd.

Carol was retired from Scioto County Job & Family Services where she worked for 15 years as a caseworker.  She graduated from Shawnee State University with a Bachelor of Science of Business Administration and an Associate of Applied Business in Legal Assisting.

An avid bowler, Carol participated in many local leagues over the years, including the Monday Night League and Tuesday & Friday Senior Leagues. She also enjoyed traveling and camping, scrapbooking, genealogy, gardening and crocheting. She was of the Catholic faith and was greatly looking forward to the arrival of a new granddaughter, to be named Renee, next week.

Carol is survived by her husband, Bradford Lee Creech, whom she married April 19, 2000, in Greenup, KY; her son, Jared (Dawn) Kalb of Salisbury, NC; a granddaughter, Abby Kalb; and several nieces and nephews.

In addition to her parents, Carol was preceded in death by her two brothers, Mark Howard Hufferd and Scott David Hufferd.

Funeral services will be held at the Ralph F. Scott Funeral Home in Portsmouth later this week. Please check back Tuesday evening for full arrangements. 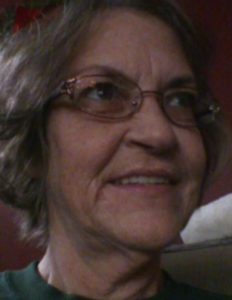