Daniel Andrew Riggs, 67, of West Portsmouth, OH, passed away peacefully after loosing his battle to pancreatic cancer, at the home of his son and daughter-in-law, where he spent the past few weeks with them enjoying some of his favorite hobbies: going to the flea markets, working on his old farm truck and fishing.

Daniel was born March 28, 1955 in Portsmouth , OH, to the late Grover Cleveland and Gladys Sue Riggs. A 1974 graduate of Valley High School, and retired correctional officer from Southern Ohio Correctional Facility in Lucasville, he will be remembered as a hard worker, always willing to lend a hand, and for his love of meticulous landscaping.

Daniel was preceded in death by his only daughter, Robin Riggs, his father Grover, brothers, David, Grover Jr. and Kenny Riggs.

The family would like to send a special THANK YOU to SOMC Cancer Center and SOMC Hospice for their compassionate care. Donations to SOMC Hospice Center.

Visitation will be Friday, June 10, 2022 from 5-7pm at D.W. Swick Funeral Home- Wheelersburg. Funeral service will be 2pm Saturday, June 11, 2022 at the funeral home, with visitation from 1-2pm. Burial following at Universal Cemetery. 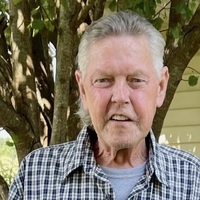