Nancy Jane (Miley) Billings, age 79, of Waverly, OH passed away on June 6, 2022, after a brief illness following an emergency surgery. She was born in Millersburg, OH on April 13, 1943, the daughter of Ralph & Margaret (Massie) Miley, both deceased.

She grew up on her family dairy farm near Nashville, OH, where she was raised on “Golden Guernsey Milk”. After graduating from Nashville High School (now part of the West Holmes School District), she attended Kent State University. She moved to Wooster, OH, where she worked as a Legal Secretary for the law firm Logee, Lehman & Reynolds. Nancy married her husband, Burnett (Ned) Billings on October 16, 1971 and moved to Waverly, OH where she has lived for 50-plus years.  She was employed as a Legal Secretary for Attorney Edward Bunstine of Chillicothe, OH before becoming a full time Mother for her Daughter Julie Billings.  Nancy attended the Omega United Methodist Church, founded in 1842. Nancy enjoyed many church activities, and especially enjoyed making themed bulletin boards, which she has been doing for the Piketon Jasper United Methodist Church.

Nancy never forgot anyone’s birthday and was a sender of many cards. She has saved many different poems and sayings over the years to send to people, and always had the knack of knowing who needed to receive a note or card from her. Nancy cared so much for everyone she met and had so much compassion for others. She loved collecting garden seeds for Jackson Area Ministries to help others grow their own food, and also loved doing the “Valentines for Veterans” project, mailing Valentine cards to hospitalized veterans in the Chillicothe Veterans Affairs Medical Center.

Nancy is also survived many nieces and nephews who were very important to her, including Alan (Kris) Miller, Valerie Miller, Robyn (Jason) Strong, Ethan (Leah) Kallberg, Melody (Eric) Grosswiler, Robin Jackson, Jolyn (Howard) Shively, Jackie Barber, and James (Cindy) Barber, as well as all of their children and grandchildren.

Nancy is also survived by Julie’s “brothers” from Waverly school days, Todd (Jeannie) and Van (Autumn) Rose. Nancy drove Julie, Todd and Van to many Waverly High School band practices and considered the Rose twins to be her sons she never had, and their children were like grandchildren to her. Nancy is also survived by her dear friend Ruth (Wayne) Cook, who was her first friend she made when she moved to Waverly more than 50 years ago.

Nancy was active in the community and a member of the Pike Outreach Council Hunger Walk committee. In lieu of flowers, please consider making donations to Pike Outreach, 306 Bridge Street, Waverly, Ohio 45690.

Arrangements are under the direction of Botkin Hornback Funeral Home, 314 E. North Street, Waverly, Ohio 45690. Visitation will be held from 6 to 8 p.m. on Friday, June 10, and 12 noon to 1 p.m. on Saturday. The funeral will begin at 1 p.m. with Pastor Keith Richardson officiating. Burial will follow at Evergreen Union Cemetery, Denver Road, Waverly, Ohio. 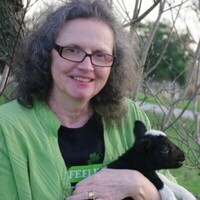