Jessie Rawlins, age 88 of South Webster went to be with the Lord June 5, 2022 at SOMC Hospital.  He was born July 14, 1933 in Bloom Township to Clifford and Oney (Williams) Rawlins.  He was an area wide pastor for 52 years and attended The Little Old Country Church in Oak Hill.  He had a great love for all music and loved playing his french harp and also enjoyed hunting, traveling, and gardening.  He is survived by four sons, David (Sandra) of Portsmouth, Clifford of South Webster, Glenn of Chillicothe, Jeff of Chesapeake; brother James (Janet) Rawlins of Scioto Furnace; sister, Darlene (Galen) Blair of Wheelersburg, six grandchildren; 12 great grandchildren, former daughter-in-law Tammy.  The family would like to recognize Lawrence and Beverly Rawlins and their daughters who were near and dear to their hearts.  In addition to his parents, he was preceded in death by his wife Carol, son Jessie Jr., many brothers, and one sister.  Funeral services will be held at 11:00 a.m., Thursday, June 9, 2022 at D.W.SWICK FUNERAL HOME in South Webster with Pastor Bryon Carmon officiating.  Interment will follow in Bloom Switch Cemetery with military honors by James Dickey Post 23,  American Legion.  Friends may call Wednesday from 5-7 p.m. and Thursday one hour prior to the service at the funeral home.  Online condolences may be made to DWSWICKFUNERALHOME.com 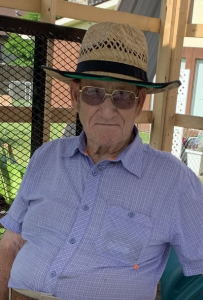